Finally, I assembled all the front panel and center pedestal...I pasted all the leds behind the relative plastic bezel, using silicone, and then, after one long day, I tested them all and then I pasted all the bezel at the panel.

Then I wired all together but, during my general tests, I had some unexpected problems :)

- the R IGN button doesn't work because of an FSUIPC problem, which doesn't recognize the keycode of ">" key. So I wrote to Peter Dowson, the developer of FSUIPC, and he told me that he will release shortly an update - "thanks Pete"

- FLAP 8 led doesn't work anymore...burned (but I didn't understand the reason)...so I teared it out, I took another one and I pasted it again with silicone...what a difficult position to work!!!!!

- SPOILER RETRACTED led doesn't work anymore...it doesn't light up...a solder in the interface board is broken. So, I repaired it and all begins to work again.

Finally all works as expected, and there is less confusion than before: 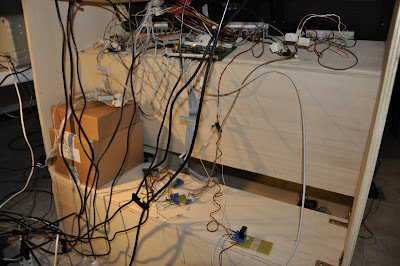 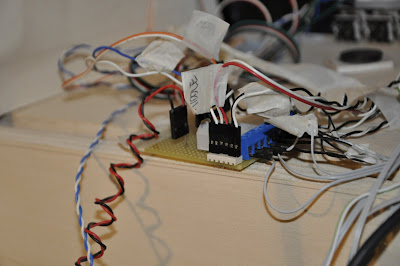 And here is the cockpit to test...waiting for the other building steps: 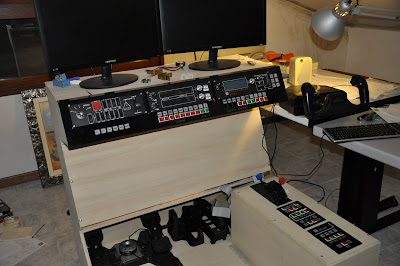 Using the ready panels I can do a real engine startup procedure.

Here is the video:

Published by Marcolino a 23:30